Why Is it So Hard to Design a Good Can Opener?

The first viral Twitter controversy of 2021 came courtesy of a can of baked beans, a hungry 9-year-old who didn’t know how to use a classic More » 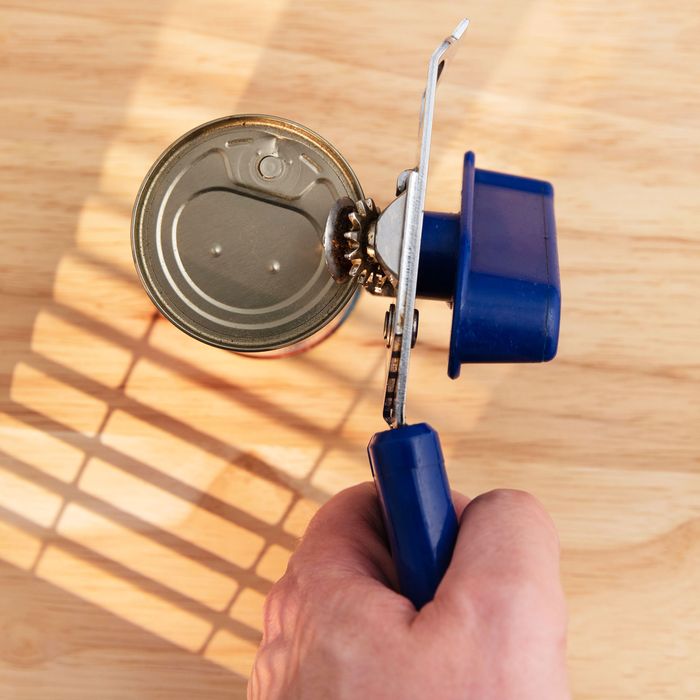 The first viral Twitter controversy of 2021 came courtesy of a can of baked beans, a hungry 9-year-old who didn’t know how to use a classic Swing-a-Way can opener, and a dad intent on teaching an (unnecessarily harsh) lesson about problem-solving. “This little device was designed to do one thing: open cans,” wrote John Roderick in his Twitter thread. “Study the parts, study the can, figure out what the can-opener inventor was thinking when they tried to solve this problem.” Six-hours — and countless tears — later, his daughter figured out how to use the can opener, all while enduring cryptic clues, Dad Speak about how he had to open cans with a buck knife back in the day, and references to Roger Moore–era James Bond movies. Roderick’s incredulity was misplaced on his daughter’s lack of knowledge about the tool when it probably could have been better directed toward the tool itself. Is this opener all we’ve got?

Reading the since-deleted Twitter thread reminded me of all the can openers I’ve encountered over the years, specifically the 1950s wall-mounted Dazey Canaramic that’s still in use at my parents’ house and a very similar (though not traumatic) “try and figure it out” moment when I was growing up. And then there was the vintage Edlund opener I still don’t know how to use.

The can opener I have now is similar to the tool Roderick described and probably the one most people have in their kitchens. It works ok, but there are still problems with it: When I’m opening a can, its contents usually overflow onto the top and gunk up the blade; I can only open it partway so the lid doesn’t sink into the can; and I have to wedge the top up with a butter knife so I don’t accidentally cut myself on the jagged edge. While this is something I can endure, it’s far from usable for someone who doesn’t have full dexterity with their hands or clear vision. There are other openers for sale — electric countertop versions, battery-operated ones that can fit into a drawer — but as reviews show, they all come with their own set of drawbacks: dropping cans onto the counter, using more battery power than expected, just not working, and not being able to fix them yourself.

Why are can openers still so bad? “When you have trouble with things — whether it’s figuring out whether to push or pull a door or the arbitrary vagaries of the modern computer and electronics industry — it’s not your fault,” wrote the design guru Don Norman in his 1988 book The Design of Everyday Things. “Don’t blame yourself: Blame the designer. It’s the fault of the technology, or, more precisely, of the design.”

It kind of seems like Bean Dad shouldn’t have happened, not just for parenting reasons, but also because better tools should be available to us. Not much has changed in can openers for the past 20 or 30 years, and probably never will.

Victor Papanek, a designer who advocated for ecologically and socially responsible design, already acknowledged the problems most of us have with can openers in his 1977 book How Things Don’t Work: their propensity to rust, their dull cutting wheels, the ensuing mess, and the peril of getting fingers caught between the cutter and the drive wheel. He then went on to discuss the Westinghouse Sesame can opener, an electric version that he thought did a better job of opening cans, but had been discontinued by that point. All the other electric can openers that were on the market then weren’t as good, in his opinion. His definition of the ideal can opener? A military issue version that’s essentially just a blade with no moving parts, and looks more likely to slice open your finger before opening a can.

Since the initial Good Grips collection, OXO has added more manual can openers to its repertoire, but the difficulty with reengineering mechanisms remains. “The challenge of making a good can opener is that it requires many high precision components to be assembled to a rigid structure and sold at an affordable price,” says Mack Mor, a senior product engineer at OXO.

While can openers are used less frequently than before, they’re still what Rob Van Varick, a principal at Michael Graves Architecture & Design, considers an “anchor” in a kitchen drawer. Either way, consumers aren’t willing to pay a premium for a can opener. “You might spend $1,000 on an iPhone, but you can’t say this is the iPhone of can openers [and charge a premium] because people won’t spend $50 on a manual can opener,” he says. His design firm has made can openers at a range of prices, from the less expensive manual versions to pricier electric models. But these days, the firm is only designing manual ones. “Retailers are saying, ‘People don’t buy [can openers] as much. But we’ll keep the lower price point, entry-level ones,” Van Varick says. “The heyday of designing the better can opener has passed because it’s not as much of an object that requires innovation.”

Then there’s the conundrum of any mass-produced product: the consumer. What makes a can opener work for one person and not another is pretty subjective. While Papanek preferred the intimidating P38 opener, it’s hard to imagine handing that to a 9-year-old. And while he scoffed at the electric can opener, someone who can’t turn a conventional opener might call a push-button device a godsend. When Viemeister designed the opener for OXO, he had a specific user in mind. “We didn’t know what the idea was when it started; it was just to make things better for [OXO founder] Sam Farber’s wife, who had arthritis,” he says.

And therein lies the challenge with consumer goods: We’re all different, and products are made for the lowest common denominator. “Until we live in a world where everyone can design their own objects to suit their needs, that will be the challenge of mass production,” Van Varick says.

Perhaps the solution to finicky can openers is the can itself. Can manufacturers have been pushing for more easy-open lids (the kind with a pop-top like a soda can) since the mid-2000s. (Bean Dad himself mentioned that his daughter was accustomed to using these cans.) Meanwhile, food processors have been looking to alternatives to the can itself, like pouches. Could the can opener see the same fate as the churchkey?

“A tool is meant to address the shortcoming of something else,” Van Varick says. “Things like can openers are going to be like artifacts that kids continue to discover and say, What is that thing? It means we’re making progress when we can phase out tools. Maybe we solve a bigger problem by eliminating them.”