On HGTV's newest show, entrepreneurs go on the hunt for their dream homes with Clinton Kelly. 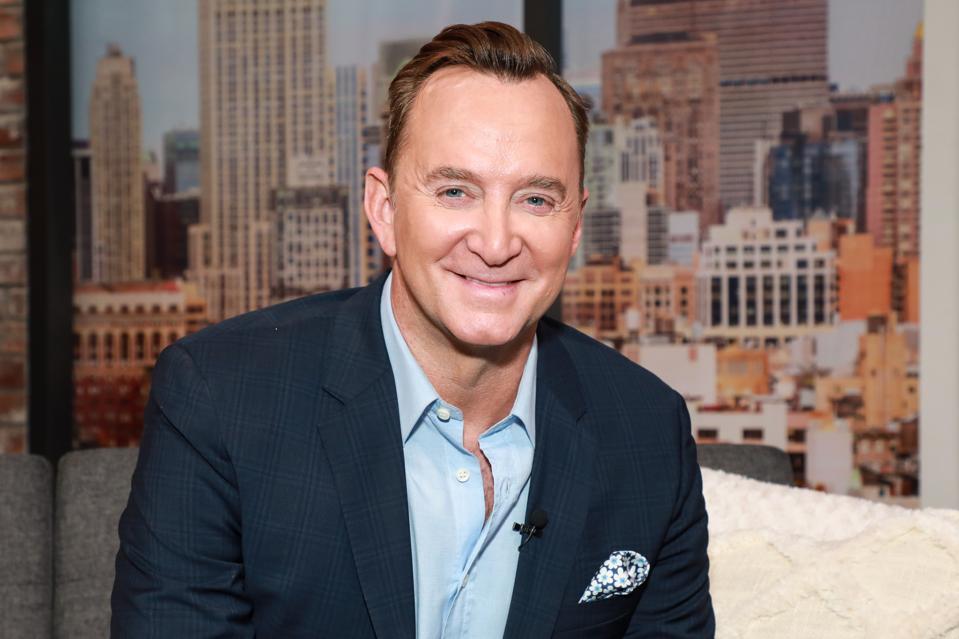 HGTV’s newest show has an extra dose of style and a whole lot of inspiration. Self-Made Mansions, which premiers January 8th at 8:00 pm features lifestyle expert and former co-host of ABC’s The Chew and TLC’s What Not To Wear Clinton Kelly helping to guide entrepreneurs in their search for the perfect home. This six-episode series features the inventors of the Cut Buddy, Kwik Hang, and Sweetroots Hair among others.

I recently spoke to Kelly about the show, filming during a pandemic, what it was like to look for homes with such successful entrepreneurs and what the biggest surprises were along the way.

Tell me about Self-Made Mansions and what it's like to work with this caliber of entrepreneurs.

Self-Made Mansions is about people who have invented something, or maybe they're just they're entrepreneurs. They've thrown their entire lives into their idea, and have hit it big. Now, they’re able to buy the house of their dreams.

It's really fun because I get to look at beautiful houses, which I could do all day every day. I give them some life advice as well. A lot of these people are scared to death because it's their first big purchase, right? So there's that, but I find them to be so inspiring. Imagine having an idea that you believed in so much that you were willing to say, “I'm going to devote 80 hours a week of my life to this idea, and I'm going to take all of my money from my savings and throw it into this idea in hopes that it will take off.”

How is the search on Self-Made Mansions different from other HGTV shows like House Hunters?

On all the shows on HGTV, [they] walk into a house [and say], “Oh, I could never live here. The walls are light blue.” You’re screaming at the TV, “Paint them!”

These are people who can see the potential. So many of them are able to walk into a space and say, “This isn't exactly what I want, but I can turn it into what I want.” And that's not the typical house Hunter.

We’re most of the entrepreneurs looking to upgrade to better neighborhoods or different cities entirely?

The interesting thing about location in regard to these people is that they all wanted to stay close to home, family, and the towns that supported them while they were working really hard to make it big. They [didn’t say], “Hey, we're millionaires. We struck it rich, let's go move to Beverly Hills.” It was more like— let's just do a nice house down the block that we've always liked.

Was anyone looking for super extravagant features or over-the-top amenities?

They really didn't. The name of the show is a little bit misleading—I think people should focus on the “self-made” part. These weren't “mansions.” These were nice houses that “self-made” people bought. That was the fun of it. Nobody was really saying, “I want a five-car garage, seven bedrooms, and four pools.”

[Except for] the family in Miami and they wanted everything. They wanted that real almost stereotypical Miami party pad. There were several pools in the houses they were looking at. They wanted big outdoor barbecue [areas], outdoor kitchens, a game room, media rooms, and a room just for flight simulator games.

That was kind of wild to be part of because, I would never in a million years, spend my money on a house this big, even if I had it to spend. It's funny how everybody has just different priorities in life.

If money were no object, what would your dream home be like?

The older I get, the more I realize I just want the simple pleasures of life.

I don't want anything extravagant. I like to be outside, garden and play with my dog.

One of the episodes was shot on Long Island, not too far from where you grew up. What was that experience like?

I grew up in Port Jefferson Station, which is a lovely little town. But I just thought, “I need to get out. I need to travel. I need to be in New York City.” And I eventually did that.

Now I go back to my hometown and think it’s totally adorable. Why did I hate it so much?

This couple was leaving their hometown of Port Washington New York, which is on the South Shore in Nassau County, where my grandparents lived for 60 years. I actually lived with my grandparents during my first six months of working in New York City. I was commuting because I couldn't afford an apartment in New York.

The people who owned my grandparents' house let me in, showed me around and they found they found a painting that my grandfather painted that I guess was left in the attic. They had it framed and hanging in the hallway. It made me tear up. I thought it was sweet of them to find something that my grandfather painted and literally put it in a frame and hang it on the wall to commemorate him and the house.

That house was just filled with love. Until my grandfather's death, they were madly in love with each other. You could just feel the love in the house after all those years.

We shot this during the fall and the numbers were going down. So I started flying around. It was very safe. I was COVID tested, the homeowners tested, the crews were tested. Everybody was wearing masks when they were off-camera. There wasn't too much time spent indoors in small spaces. To be honest with you, I spent so many months locked up in my house in Connecticut, that it was nice to be out. I loved shooting the show, talking with the homeowners, and looking at the houses.

With What Not To Wear, we shot all over the country and traveled everywhere. It was so much fun. After the shoot was over, you go out with the crew for drinks or dinner. Or maybe I was traveling to a city where I had friends. In the early days of What Not To Wear, after shooting, I used to go out to clubs until 2:00 am and get up at seven o'clock to shoot the show the next day.

But now shooting on the road is really different because you go back to your hotel room, order room service, maybe take a shower, put on the bathrobe, and just watch TV for the rest of the night alone.

TV in the age of at the age of COVID is not as much fun, [but] I've had plenty of fun on the road. I don't need to have any more. We all have to do what we have to do to get through this. I'm not complaining, but it's just very different than it used to be.