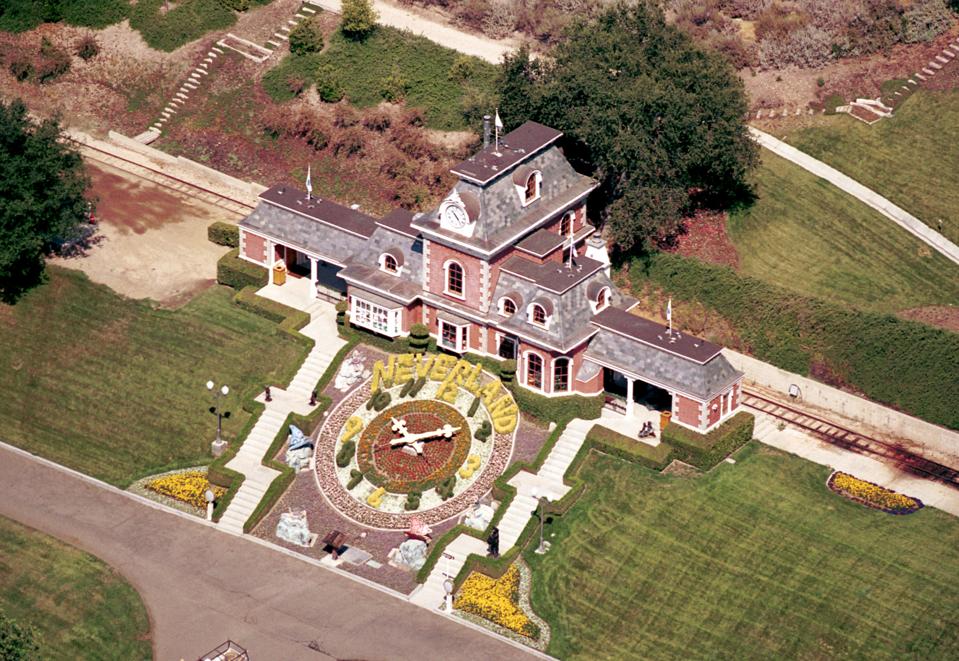 In California, the next best thing to fame is infamy. Both sell, eventually. At long last, Michael Jackson’s notorious Neverland Ranch found a willing buyer. Investment billionaire Ron Burkle, a friend of the late pop star, purchased the notorious 2,700-acre property in Santa Ynez Valley for a $22 million bargain. 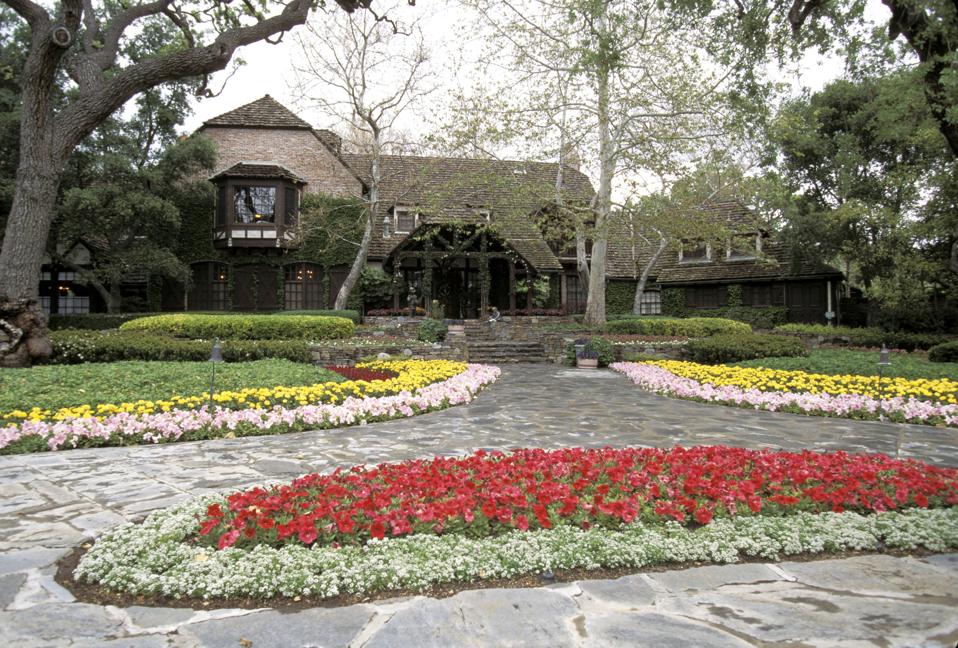 Strange to call $22 million a bargain, but a $78 million discount is a steal by any measure, even for this vast, unorthodox real estate. In 2015, Neverland listed for $100 million. The price has been in free fall ever since. The reasons are complex. 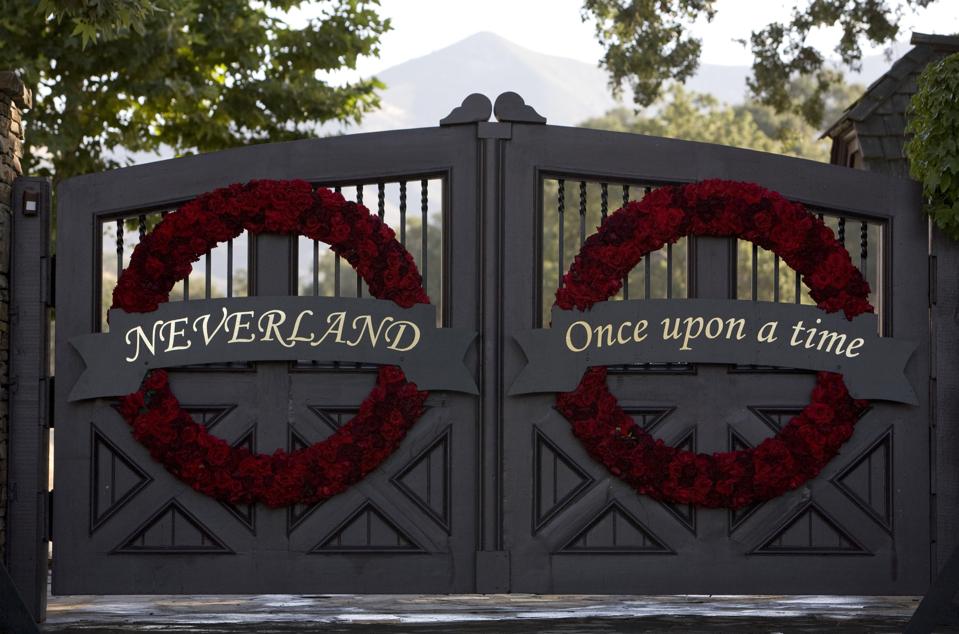 Neverland is a scenic landscape where eccentric Jackson once climbed trees, imported African giraffes, played with his chimp Bubbles, and moonwalked his way into deep legal trouble. The land is picturesque, but the backstory is ugly. 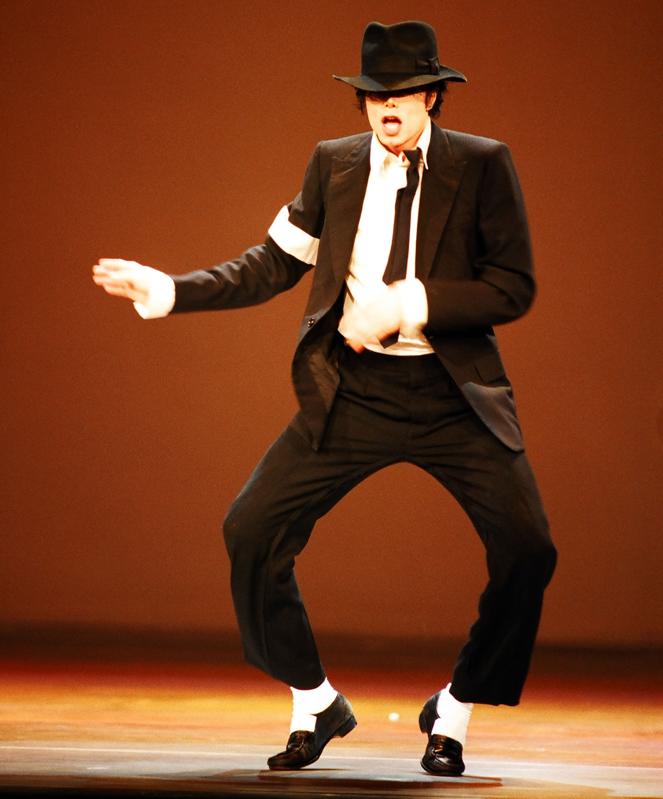 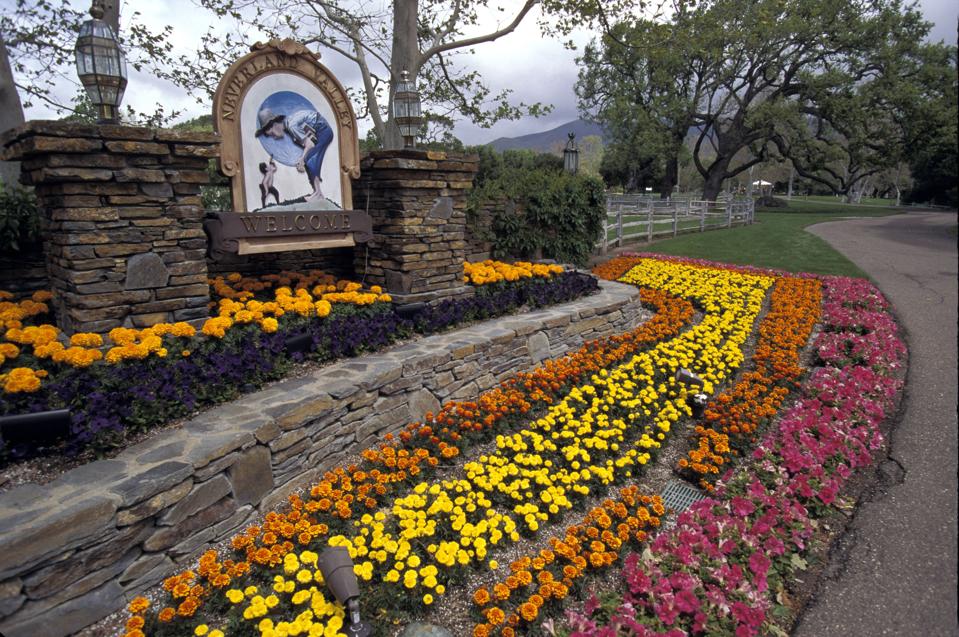 He reportedly chanced upon Jackson’s adjoining land while scouting Zaca Lake by air for a new Soho House club location. He ultimately decided the area was too remote, but bought the property anyway—as billionaires tend to do. 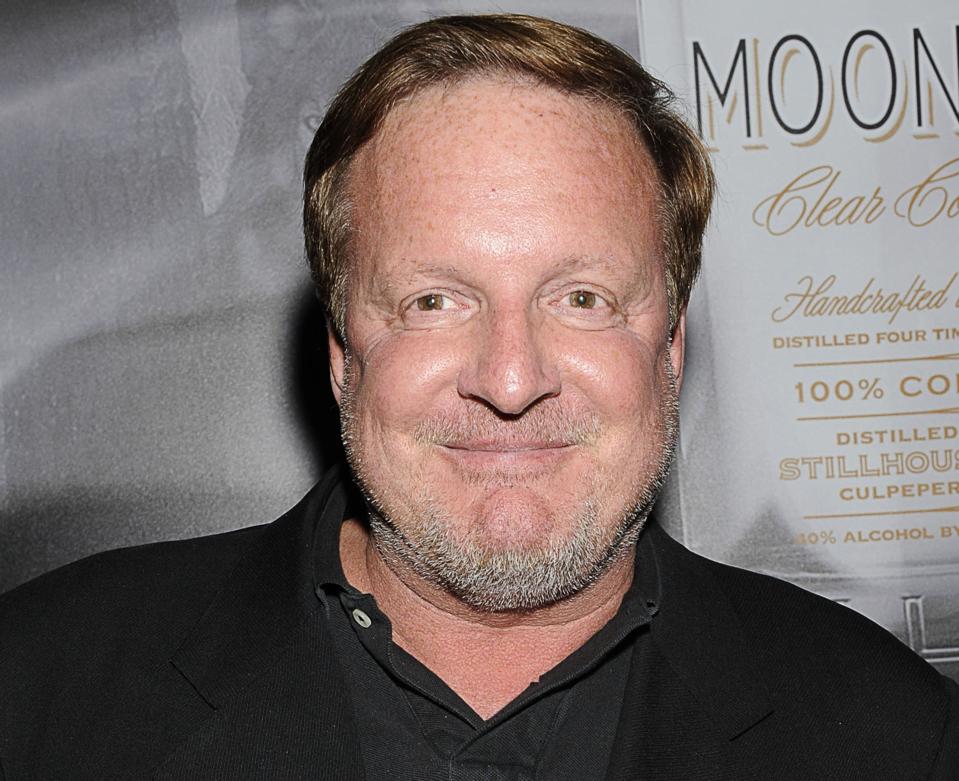 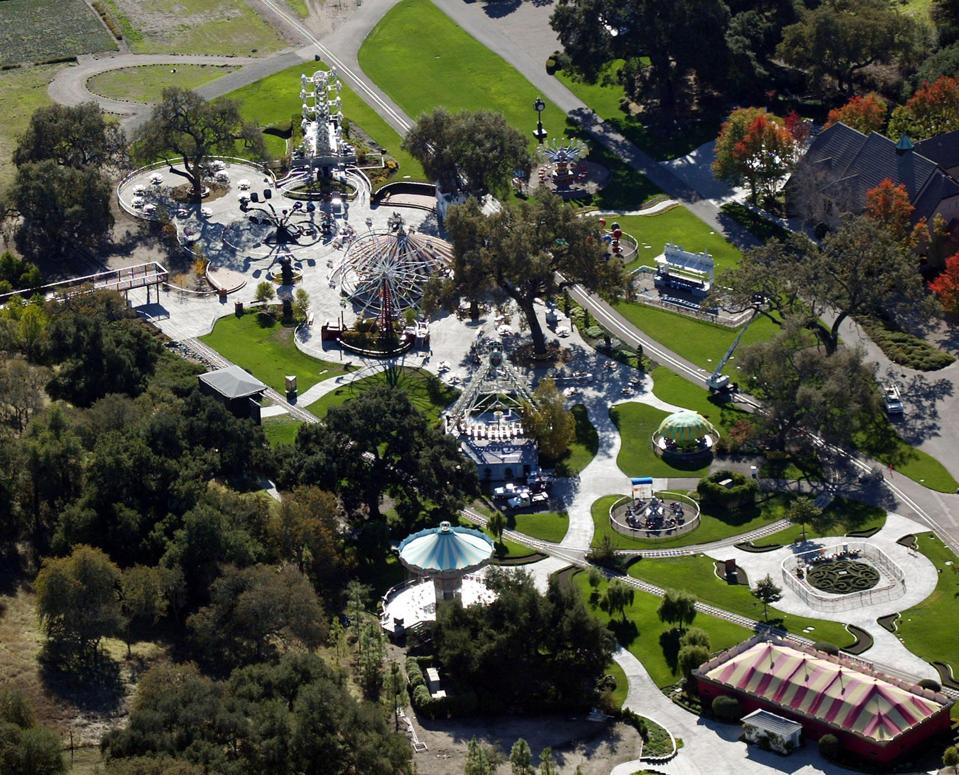 Originally named Zaca Laderas Ranch, Neverland is located north of Los Olivos, an unincorporated expanse on the border of Los Padres National Forest, as well as other large ranches and vineyards. 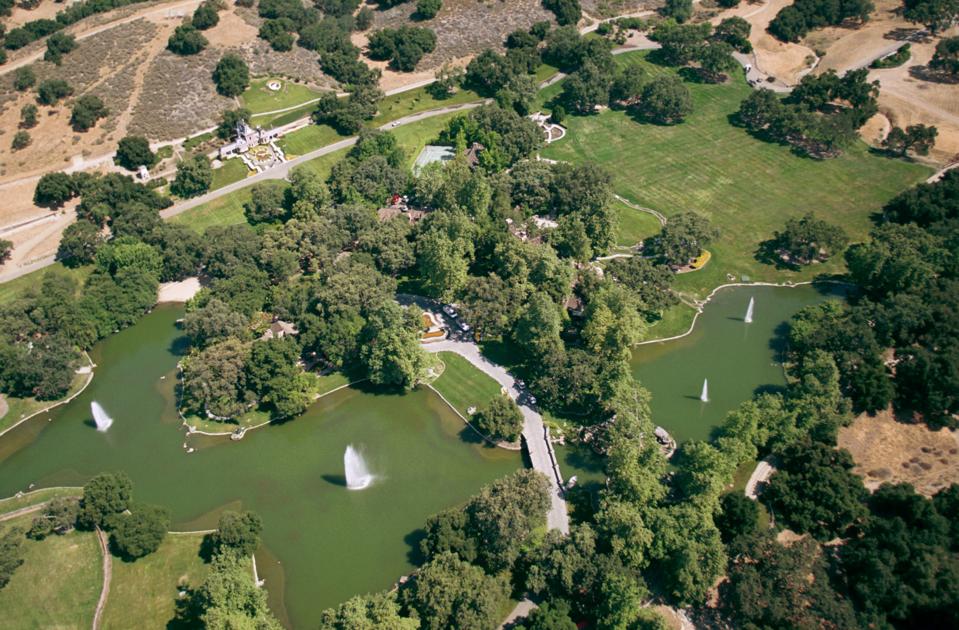 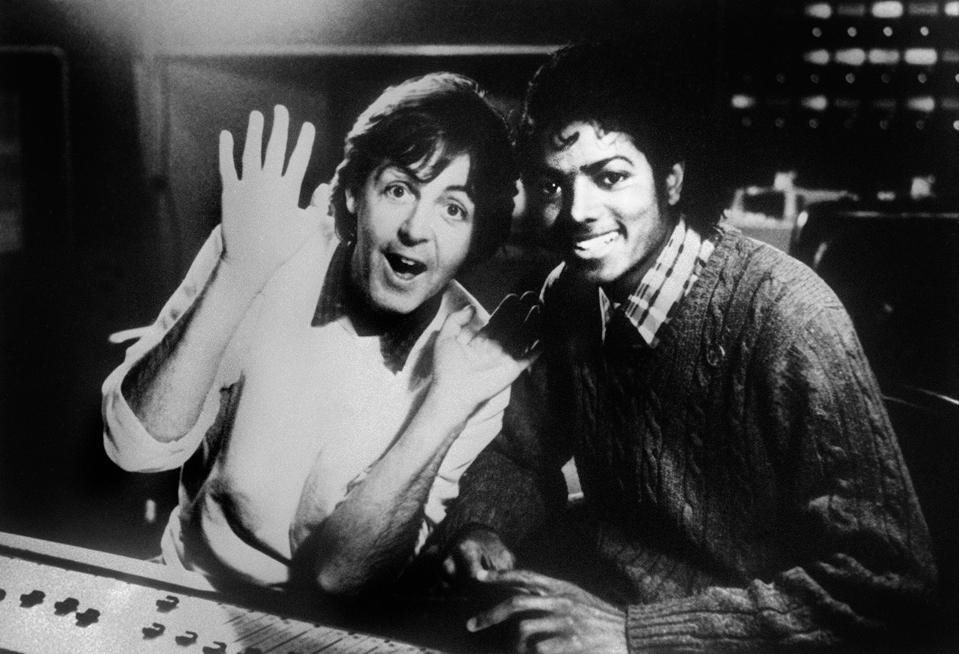 Jackson discovered the Neverland property in the early 1980s while visiting ex-Beatle Paul ... [+] McCartney, who was staying there. (Photo credit should read -/AFP via Getty Images)

Jackson discovered the property in the early 1980s while visiting ex-Beatle Paul McCartney, who resided there during their “Say Say Say” video shoot. Impressed, the über private, sequin-gloved artist purchased the ranch in 1988. He lived there until 2005, secluded from intense public scrutiny that stalked him his entire life. 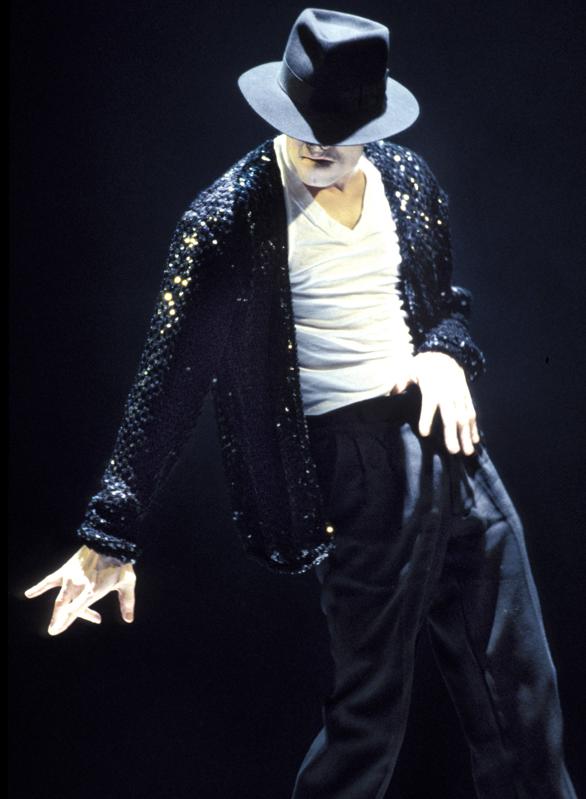 Designed as a happy place, Neverland degenerated into a house of controversy (and immorality, critics said). It became a symbol of Jackson’s personal downfall, a sad saga best described by titles of his critically-acclaimed albums—Off the Wall, Thriller, Bad, Dangerous, Invincible, and Xscape. 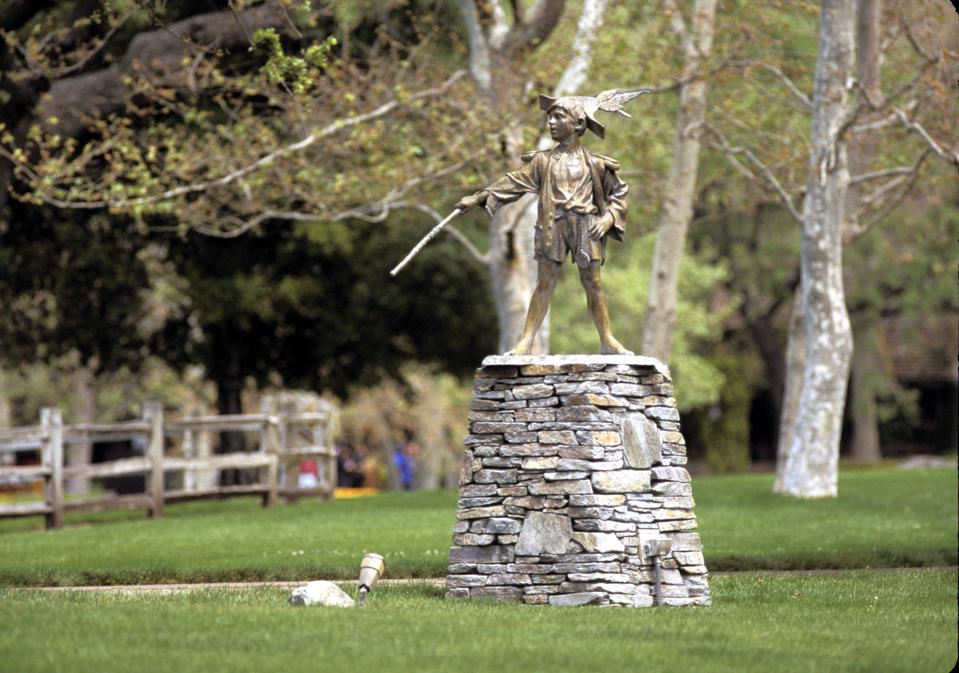 Jackson named his off-the-wall estate Neverland, after the mythical island from J.M. Barrie’s “Peter Pan.” He invested $35 million transforming the estate into a thriller kids’ experience, a private Disneyland-style amusement park with a railroad, ferris wheel, merry-go-round, arcade and zoo. 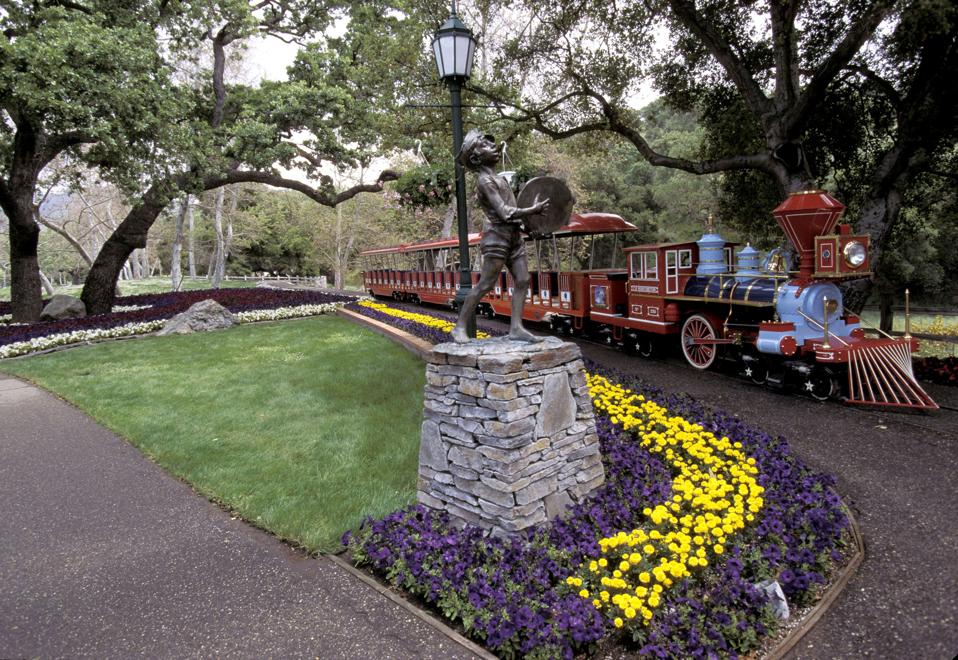 His man-made fantasy world invited guests and children (especially ill and underprivileged kids) to enjoy activities which Jackson was deprived of as a child, due to his extraordinary showbiz career since age 6. 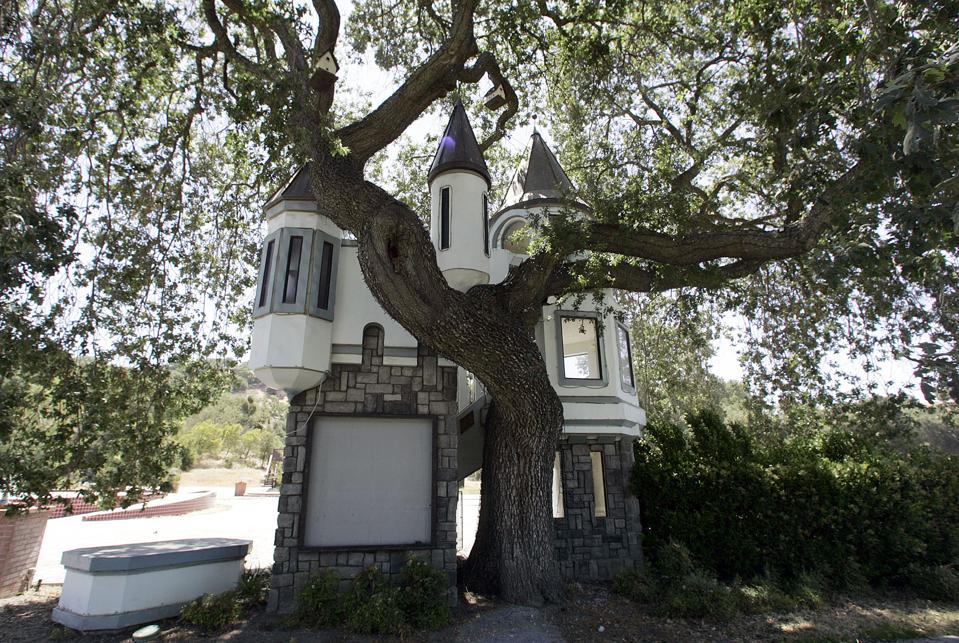 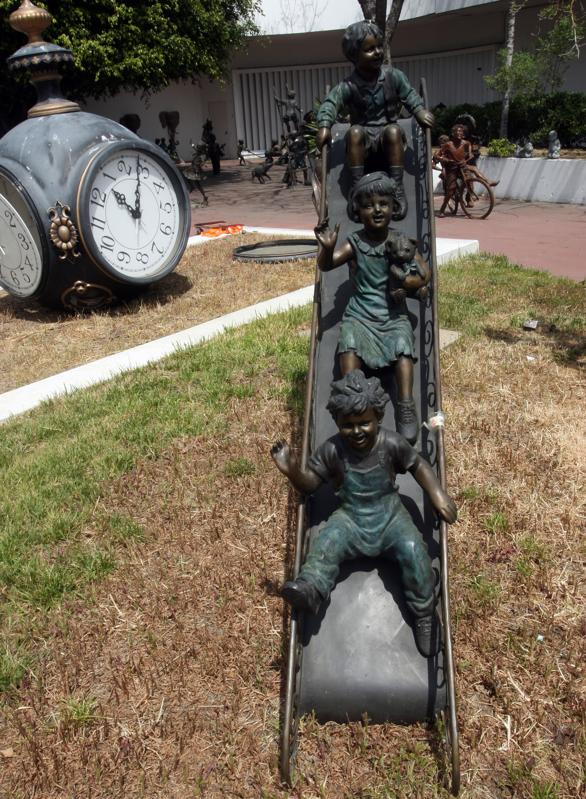 His unsupervised relationships with kids fueled predator rumors and allegations. Jackson defenders cited his child-like innocence (he wrote songs from his favorite tree) and altruism to explain his behavior. Children didn’t judge him, he claimed. 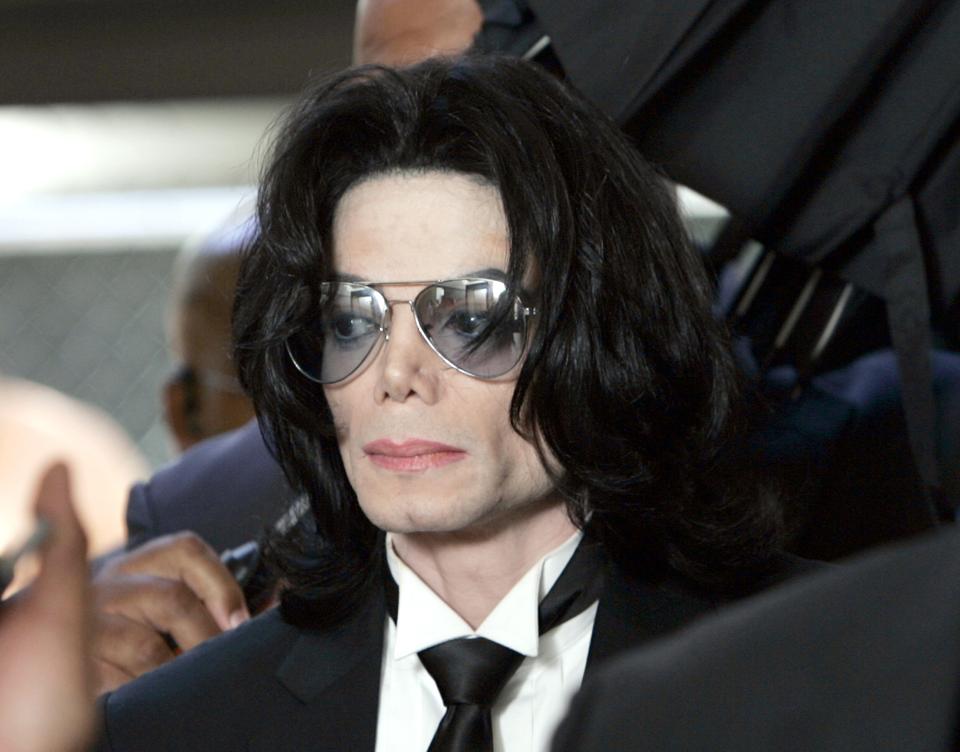 Neverland wasn’t just an iconic landmark. Authorities believed it was a potential crime scene. Many viewed Jackson as dangerous when he faced child molestation charges in 2005, which led to a highly publicized trial and acquittal. Legally exonerated, the trial allegations still damaged his reputation, proving he wasn’t invincible after all. Publicly humiliated, Jackson retreated—escaping Neverland scrutiny for good, living the rest of his days at a rented mansion in Holmby Hills. 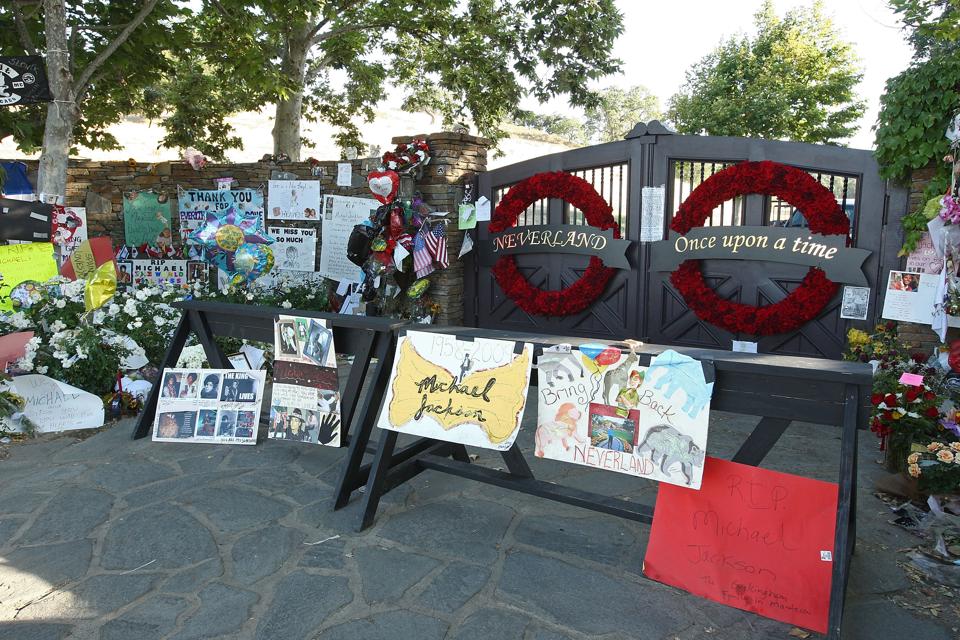 Fans traveled to Neverland to pay their respects to Michael Jackson after he died in 2009. (Alberto ... [+] E. Rodriguez/Getty Images)

Jackson died tragically in 2009 from a combination of anesthetic propofol and lorazepam, under the care of his physician, Dr. Conrad Murray who was convicted in 2011 of involuntary manslaughter. Neverland never recovered either. HBO’s explosive 2019 documentary Leaving Neverland (which profiled two alleged Jackson victims) essentially put a nail in it’s coffin as an idyllic utopia. 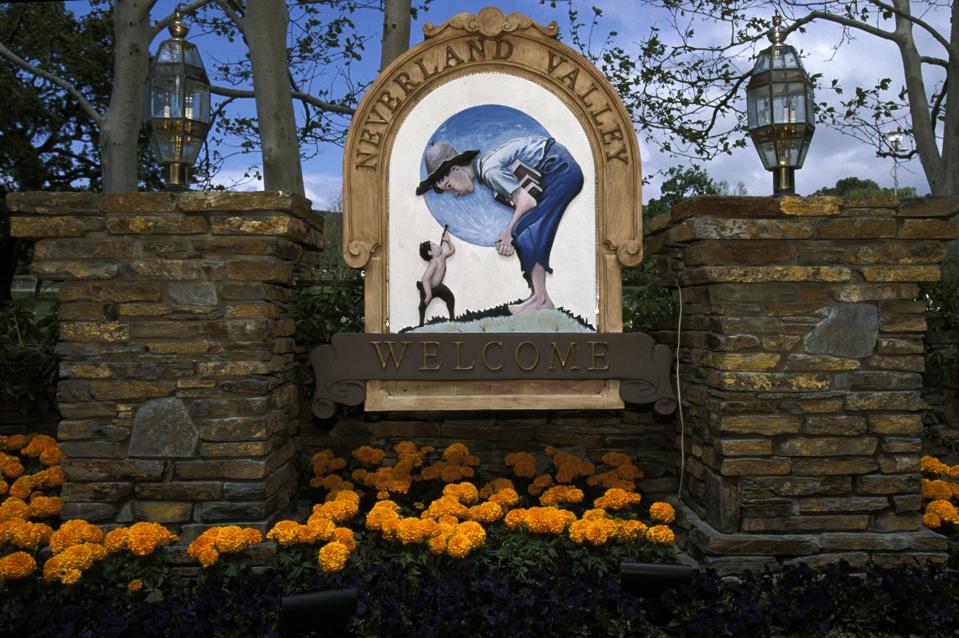 Like so many musicians before them, drugs stole the lives of Jackson, Elvis and Prince. Far too soon. Neverland would never become what Elvis’ Graceland and Prince’s Paisley Park are—beloved museum tributes to the iconic artist who lived there. Jackson was still beloved but not Neverland. 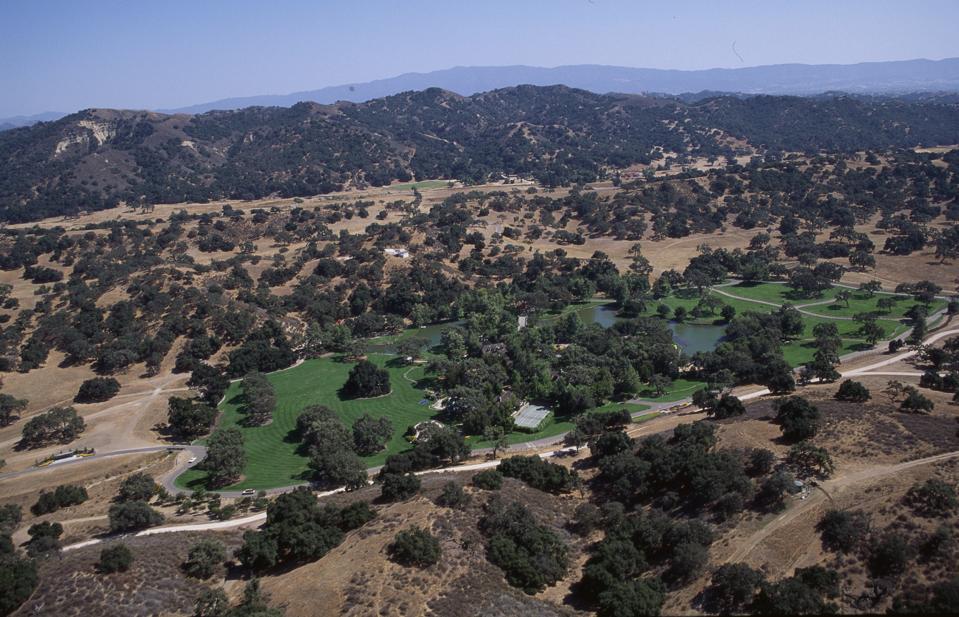 This property represented his troubled life, or perhaps something far more sinister. Neverland stained The King of Pop’s legacy—or vice versa. So Neverland will be nevermore. Time for Sycamore Valley Ranch’s next chapter, presumably in the good, sequin-less hands of billionaire Burkle.